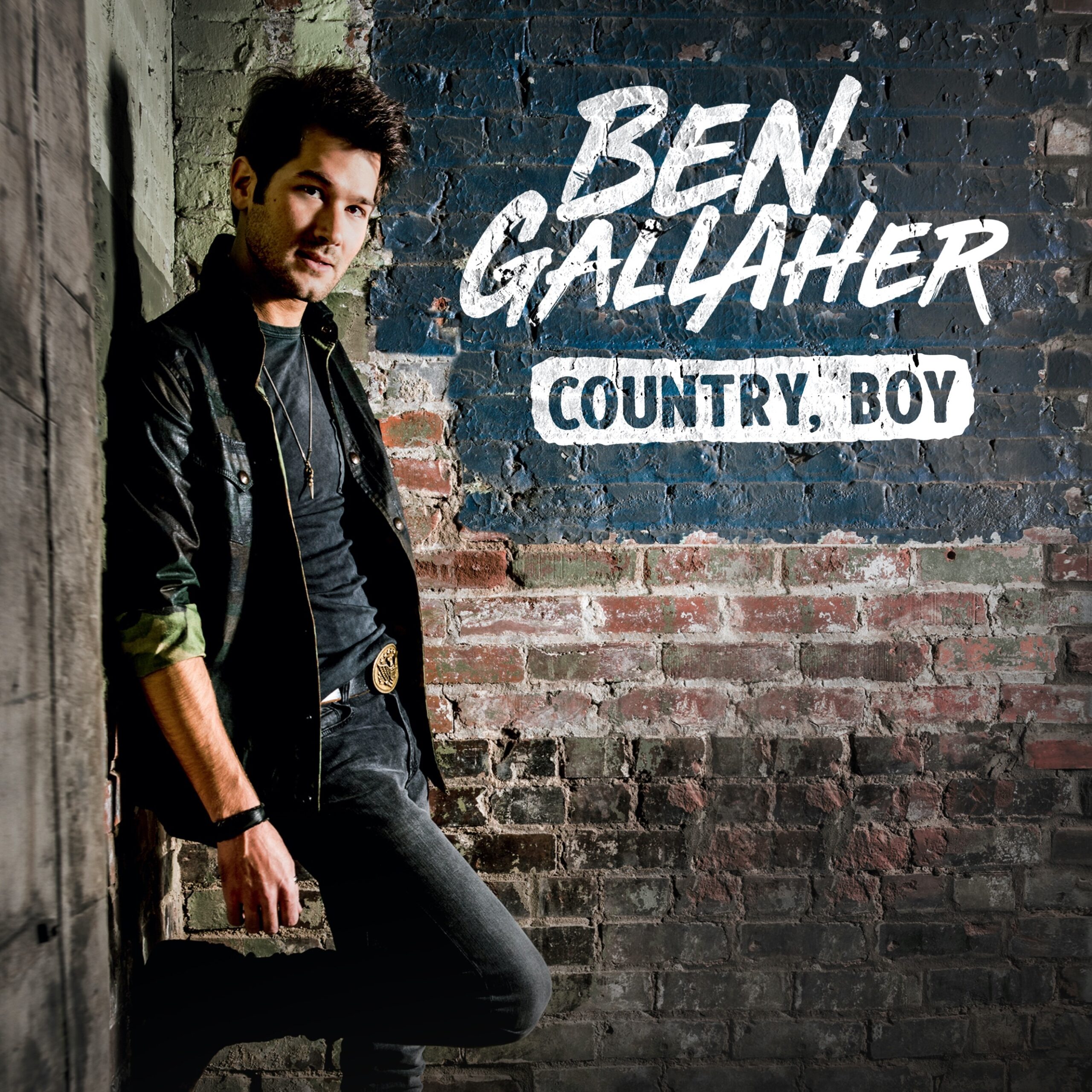 NASHVILLE, Tenn. (March 25, 2022) - Stone Country Records up-and-comer Ben Gallaher draws inspiration from his rural upbringing in new single “Country, Boy” - out today and available on all digital platforms. Co-written by Gallaher alongside Carlton Anderson and Jacob Powell, the mid-tempo, rocking guitar-scorcher celebrates handshake deals and the do-right mindset that is the core of the country lifestyle - something Gallaher serves from experience, given his middle-of-nowhere Pennsylvania upbringing. “Country, Boy” was co-produced by Mickey Jack Cones and Derek George.

“I wrote ‘Country, Boy’ with Carlton Anderson and Jacob Powell. We’re all from different parts of the country, but cut from the same cloth,” Gallaher said of the tune. ‘Country, Boy’ is about character, values, and treating people well. It’s a lifestyle. It’s not rooted in material things. That’s what it’s all about.”

“Country, Boy” is Gallaher’s first release of 2022. In 2021, he delivered his debut EP Every Small Town, which was praised by press and fans alike. Sounds Like Nashville praised the project as containing “highly relatable stories and themes” calling Gallaher “a promising star in the format” while American Songwriter has declared Gallaher as an artist possessing “an authenticity that shines through.”

A self-taught musician with a strong reverence for guitar masters, Ben Gallaher’s songs are autobiographical anthems of growing up in small town Pennsylvania that radiate a passion for the lyric-driven country music that influenced him. The burgeoning star’s vocals exude a smoky texture reflective of the backwoods bars in which the young artist honed his unbridled stage craft, driving to the Eastern corridor to perform each weekend while pursuing a degree in Entertainment Industry Studies at Nashville’s Belmont University. Gallaher has earned a fast-growing fanbase due to his commanding guitar prowess and energetic live shows while opening for the likes of Lynyrd Skynyrd, Hank Williams Jr., Blake Shelton, 3 Doors Down, Lee Brice, and has toured the Pennsylvania State Prisons for over ten years on his annual, headlining “Prison Tour.”