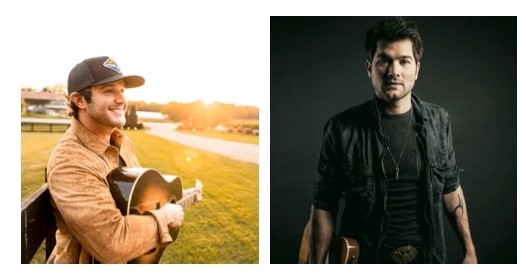 PHOTOS FOR MEDIA USE ONLY

Industry veteran Ron Bradley has been named Director of Promotion for Stone Country Records. Bradley’s career stops include serving as the Director of West Coast Promotion/ Marketing for UMG/ EMI Records Nashville where he was instrumental in the success of hit singles by Eric Church, Brothers Osborne, Eric Paslay and Alan Jackson. A self-starter, Bradley also owned and operated the independent record promotions company R. Bradley Artist & Project Development. Bradley most recently served as the Director of West Coast Promotions/ Marketing for Show Dog Nashville. He can be reached at: Ron@stonecountryrecords.com

Radio promotion executive Traci Hite has been named Director of Promotion for Stone Country Records. Hite joins Stone Country from Curb-Word Entertainment where she most recently served as the Director of National Promotion. Her previous experience includes working in radio promotion at Capitol Christian Music Group. Hite also spent four years in radio as the Promotion Director at WAY-FM and KCBI-Dallas. She can be reached at: Traci@stonecountryrecords.com

Both Quartz Hill and Stone Country Records are distributed globally in partnership with The Orchard.

Easton Corbin is as country as it gets. Boasting two No. 1 singles in “A Little More Country Than That” and “Roll With It,” seven top 10 singles, and a slew of awards and nominations, Corbin has been wooing country music fans with his timeless story telling since 2009. The Florida native grew up heavily influenced by classic country artists, not realizing he would soon become one himself. In 2010, Corbin was named the ‘Top New Country Artist’ by Billboard, and his self-titled debut album was named ‘Country Breakthrough Album of the Year’ by iTunes Rewind Best of 2010. Since his debut, Corbin has won several American Country Awards, released two additional studio albums, and stayed true to his “unapologetic and unwavering traditional country sound” (Your Big Sky).

About Ben Gallaher:
A self-taught musician with a strong reverence for guitar masters, Ben Gallaher’s songs are autobiographical anthems of growing up in small town Pennsylvania that radiate a passion for the lyric-driven country music that influenced him. The burgeoning star’s vocals exude a smoky texture reflective of the backwoods bars in which the young artist honed his unbridled stage craft, driving to the Eastern corridor to perform each weekend while pursuing a degree in Entertainment Industry Studies at Nashville’s Belmont University. Gallaher has earned a fast-growing fanbase due to his commanding guitar prowess and energetic live shows while opening for the likes of Lynyrd Skynyrd, Hank Williams Jr., Blake Shelton, 3 Doors Down, Lee Brice, and has toured the Pennsylvania State Prisons for over ten years on his annual, headlining “Prison Tour.”